We had a great time figuring out what this month’s shirt was going to be and were really surprised one of these two designs wasn’t the clear winner.

Whether it is the airport, a coffee shop, at a meeting or when staying at a friends, the only question we have is “What’s the wifi password?”

But today the only question we have for you is “Cows or No Cows?”

The clock is ticking. 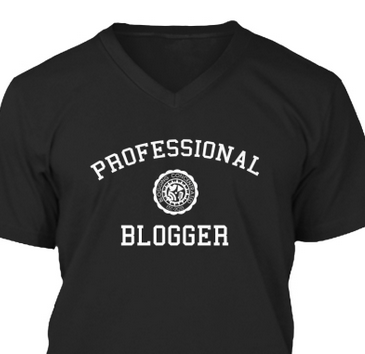 Our most popular blogging shirt of the month has consistently been the “Coffee <br>” shirt. We love it when we run across someone in an airport or at a conference wearing one of our shirts. It’s awesome.

Bloggers love the shirts because they combines something they love, coffee, with a language they understand . . . code.

If you don’t know the <br> is a computer code term. It means “break”. In code I would add that notation after a paragraph, for example, so the computer knew that the next line was blank. It’s a break. So. . .

The shirts that bloggers love to wear aren’t necessarily shirts that literally say “I’m a blogger” but rather statements that identify them as part of the community AND say something to be proud.

Some of our other popular shirts are:

So if you’re looking to get a shirt as a gift for a blogger, look no further than BloggingGear.com. We’ve got all kinds of shirts. We add a new shirt each month.

And if you want the best present ever, subscribe to the Shirt of the Month Club and get a new Blogging Shirt every month for your blogging friend at a great, low price.

I couldn’t so long ago I joined a site called GoBrevity that offered up biz book review videos. The videos would tell you the main / key concepts in the book then expound on them telling you how to incorporate those into your business. That site has since died. So that being the case I decided to do that for our BC Prime Members.  As part of your BC Prime membership I send you those same kinds of videos with the call to action “Read it or Not?”

Sometimes the synopsis is all you need, other times you’ll know it’s a book for you.

Three books I’m not providing that service on are below. I really want you to read these three books. The insights in these will change your business thoughts forever, for the better.

1. Influence: The Psychology of Persuasion by Robert Cialdini 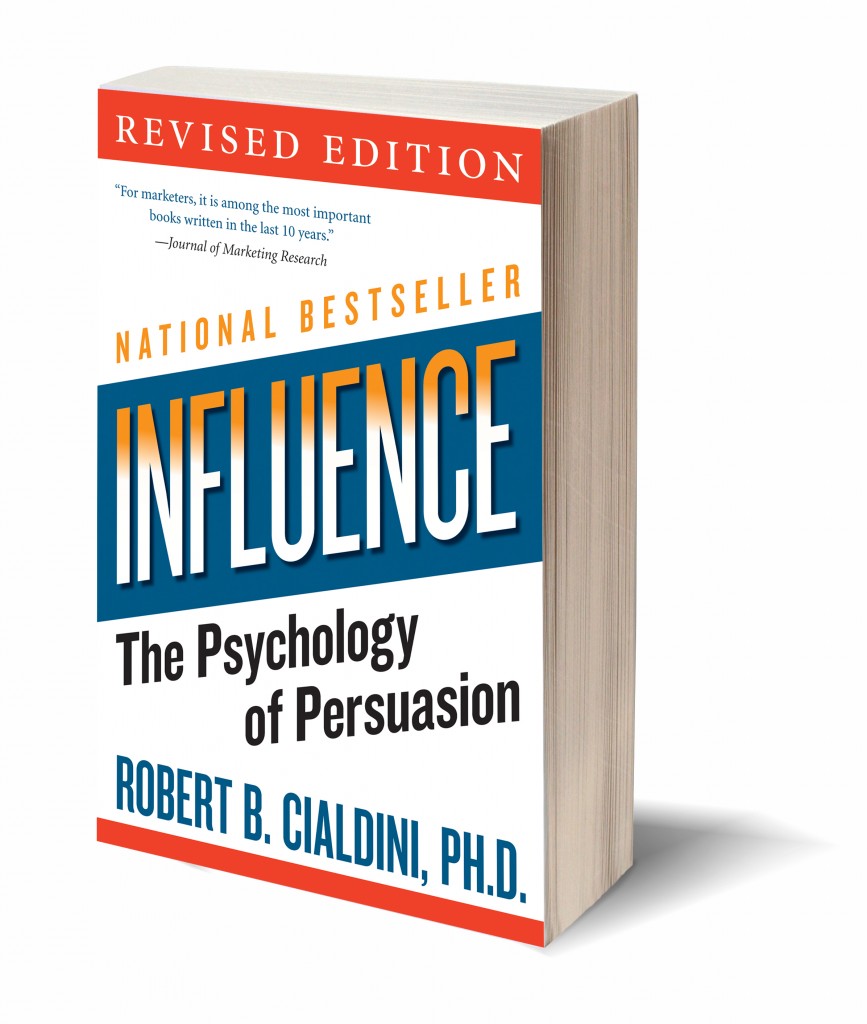 One of the stories I’ve heard Robert talk about is a small restaurant he helped cure of a nagging problem they had. During the week the restaurant would take dinner reservations but more than 60% of the time the diners would not show up or call to cancel. Having the tables sit idle was cutting into his profits.

Robert was called in to solve the problem. After listening to the staff taking calls and writing down the reservations he pinpointed the problem. It was a language problem – not a communication problem.

The host would take the name and size of the party and would direct the diners to call if they couldn’t make it. Simple enough, right?

Well. . . he solved the problem with two small words . . . “Will you”. The restaurant staff was told to start ending the conversation with a question not a statement “Will you call if you can’t make it?”. This one question and subsequent “yes” by the diner virtually eliminated the no shows. Now when people couldn’t make it they called to cancel.

Why? Because when people make an actual commitment by saying “Yes I will call” they are almost compelled by force to call if they have to cancel. Without saying “Yes, I will call”, the diner hadn’t yet made that tiny commitment. No one likes to lie or let people, so they called to cancel.

This story is just one of the many lessons you’ll learn in this fabulous book. Talk behind someone’s back. Judge a book by its cover. Lie to yourself. Give up on your dreams. You may be surprised by what happens. The witty and insightful instructions in speaker Aileen Bennett’s new book Using People may catch you off guard. After all, does she really want you to give up on your dreams? Well, sort of. Using People challenges us all to live a life deeper than the catch phrases. Burned in our psyche since childhood, these phrases have flaws … and Bennett brings them out in a way that makes you think (and rethink) your own possibilities. Steeped in Bennett’s unique blend of English wit and Southern charm, Using People is sure to shock – then inspire.

3. PyroMarketing: The Four-Step Strategy to Ignite Customer Evangelists and Keep Them for Life by Greg Stielstra The era of mass marketing is ending—replaced by the power of customer evangelists unleashed through a systematic approach to word-of-mouth called PyroMarketing. Learn how the system that sparked a revolution in the Christian marketplace can fuel the success of your business.

Word-of-mouth is the biggest influence on consumer purchases and its influence is growing. How do you tap its power?

The key is not some new technology or advertising fad. The best way to understand the marketing process, the way messages are sent, received, acted upon, and spread, is to think of fire. PyroMarketing simplifies word-of-mouth to a four-step system that optimizes your advertising dollars by targeting the right customers and then converting them into unpaid sales and marketing evangelists.

Tapping the latest research into the brain and human behavior, Greg Stielstra demonstrates how traditional marketing techniques are expensive, obsolete, and doomed to failure—while PyroMarketing principles deliver powerful results over the long-term and for less money. Illustrated with case studies including The Purpose-Driven Life, one of the bestselling books of all time, and the breakaway phenomenon The Passion of the Christ, PyroMarketing is a comprehensive strategy that can help any business reach and retain new markets.

That’s a bold claim, isn’t it?  What are the 10 best places to get links to your site?  The problem answering it is I can really only give you the 10 Best Places for YOUR site, not everyone’s.

Can you imagine 10 places that both an Astrology Teacher and an Apricot Farmer could stand together and sell products? Hmm. . . END_OF_DOCUMENT_TOKEN_TO_BE_REPLACED Have you ever been to a TED event?
I very much wish I’d had a bus and could’ve bring you and all
my other friends to TEDx Nashville. I won’t say that every
speech has been great, but there were a couple that were just fantastic!

My favorite, by far, was a speech by Greg Stielstra, the author of PyroMarketing. He said what you and I know about social media but in such an astute way that it just grabs your attention immediately. END_OF_DOCUMENT_TOKEN_TO_BE_REPLACED So, do you have a bunch of domain names you’re not using? Did you buy them because you thought they were cool or in your niche and now need to use them?

Well, here are some ideas to get you going:

The first idea is to create a directory site. You may have to become a member of UAW to do this, but that’s worth it anyhow. (http://danmorrismarketing.com/uaw is my affiliate link to that). Once you become a member of UAW (which is an article spinning site that I love), you’ll get access to the free Directory in a Box software. Very nice stuff. END_OF_DOCUMENT_TOKEN_TO_BE_REPLACED