I lived in Romania in 1994 which was 5 years after the fall of the wall but still very early in the post Communist process. I was 20 at the time and got the wake-up call every American needs. I now think everyone needs to live abroad. Only then can you appreciate what you have, and what you don’t.

One of the curious aspects of Romania at the time was their attitude toward customer service. Coming from the U.S. where customer service has been the buzz word for 30 years, I was shocked by that particular difference. 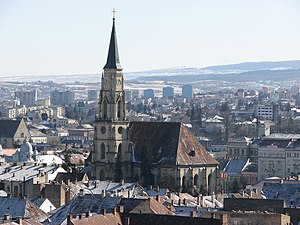 My host family once told me that Romanians didn’t like the term customer service. Not because they didn’t want to treat customers fairly but because of the history they had with the word service, servitude and serving their government. She said if that concept was to one day become a business buzz word there – the word service would likely not be part of the term.

Like the Romanians if I could rename that part of Twitter, it certainly wouldn’t include that concept. Maybe that’s because I don’t “follow” anyone. I certainly don’t log-in to Ashton Kutcher’s page to see what he did for lunch and where he is now.

Facebook calls them “friends”, LinkedIn – “Connections”. I sure do wish Twitter had called them Party Go-ers, or Tweeps or Interacters. Actually I can’t come up with a good term myself.

But if it were my business, I’d really take a good, long look at the terms I use on my site. Not only does language play a hand in the terms you choose, but so does culture. What is the culture you want to create? Does that culture mesh well with the culture of your market?