How many times have you gotten an idea and thought you should take what knowledge you’ve gained and start another site? If you’re like me and you continually renew domain names just because you have a good idea for them, you know what I’m talking about. So many ideas, so little time.

The question is should you start a second site?  I believe the answer can be derived quite easily.  So let’s talk about the pro’s and con’s as it pertains to branching out and starting anew. 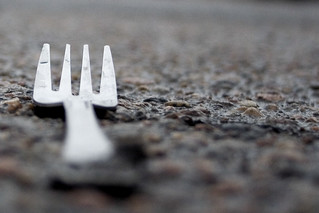 It’s not easy building a website that makes money and is profitable. It’s not hard to drive traffic to one coupon, one affiliate deal, one promotion or even a monetized lead capture page.  In fact there have been cases where people made money on their very first tweet.  But that’s not a business.

A profitable website is one where you’re making more money than if you were to have spent your time working elsewhere. If you would make more money as a clerk at Walgreens,  I would submit that  you’re losing money working online.

But that’s not necessarily bad.

The question is how long must you be “building” your business before you reach the profitable point? And what amount of content, links, pins, videos and tweets will get you there the quickest?

For the purpose of this example, let’s say it takes 500 hours of work to make a profitable website from scratch. If you have 20 hours/week to work on your site it would take approximately 25 weeks of work to get there. Make sense?

What happens to that time if you add a second site? Even if it is in the same general niche, you become less efficient. If you divide your time up evenly, it now takes at least 50 hours of work to get there. But being less efficient, I would say that it will take a bit longer.

Can you afford to not be profitable for that period of time? Do you have the stamina to continually be encouraged throughout the duration? And will you get burnt out without seeing the joys of good income sooner?

Do you consider your family’s sacrifice when you’re spending time on your business? Every moment you toil away is a moment away from helping your kids with flash cards, spending time with your spouse, or making your home a more wonderful place. And every moment they spend without you, they are agreeing to the sacrifice and are equally dependent on its rewards.

Think of them when you’re considering starting a second site. Will you and your family’s sacrifice be better spent on a new idea or diligently working to make your current site profitable?

Much of what you bring to the table is bound up in your expert status. Some would call it your brand, others your reputation. But it all boils down to whether people perceive you as the expert or not.

Once your expert status is known around the world, doors open up. Rarely do large organizations hire non-experts to speak. Rarely does CNN interview generalists on a topic. And rarely do the big brands ask weekend hobbyists to be their spokespersons.

Are you that expert now? If not, can you afford to divert your attention to something else while you become that?

If your new idea doesn’t directly tie to your current site, enhance your brand or reputation in your field, should you really take on the burden? Think of Bob Villa, the home repair expert. If Bob Villa were to start something new, should he take on the role of Dancing with the Stars host? Or do you think his empire would benefit by becoming the host of Extreme Home Makeover?

That leads me to the overall empire. If you currently run a wedding site and are thinking about starting a Bahamas Travel site, will you be building an empire?  Will you be able to cross sell the two sites? If you develop a good relationship in the wedding niche, will you be able to email that to your Bahamas list?

This idea you have should both support and be supported by your current site. In building your list, your relationships and your cheerleaders do you really want to start from scratch on idea #2?

Remember Grey’s Anatomy and the TV spinoff Private Practice? Can you sense the synergy that came from moving one audience to the next?  Do you think they would have received funding if they had proposed a car racing spinoff show? Probably not – the built in synergistic empire is not there.

Some people suggest that once your site has become profitable that you first clone yourself in that niche before branching out. That idea makes a lot of sense but for me doesn’t sound like a lot of fun. However there is definitely rewards to be reaped when you rank #1 and #2  for your keywords with two different sites.  You truly do have an empire then.

If you’re at the  point where you really just want to start something new, write a book. There’s a ton of credibility provided by a book. Your audience will love you. You’ll have a new product from which to derive income and you’ll have reached a new rung on your Empire ladder.

Podcasters will tell you differently as I learned at BlogWorldExpo. If you’re interested in their opinion, read this post.

Dan R Morris is the founder of LettersFromDan.com, a website dedicated to improving your revenue stream from online efforts. Dan is an infomercial producer, niche website owner, product developer, author and Mastermind leader. Dan actively encourages marketers to take that extra step so that “Hope” doesn’t become the marketing plan.

9 thoughts on “Should you start another site?”